By David KhimAugust 7, 2021No Comments 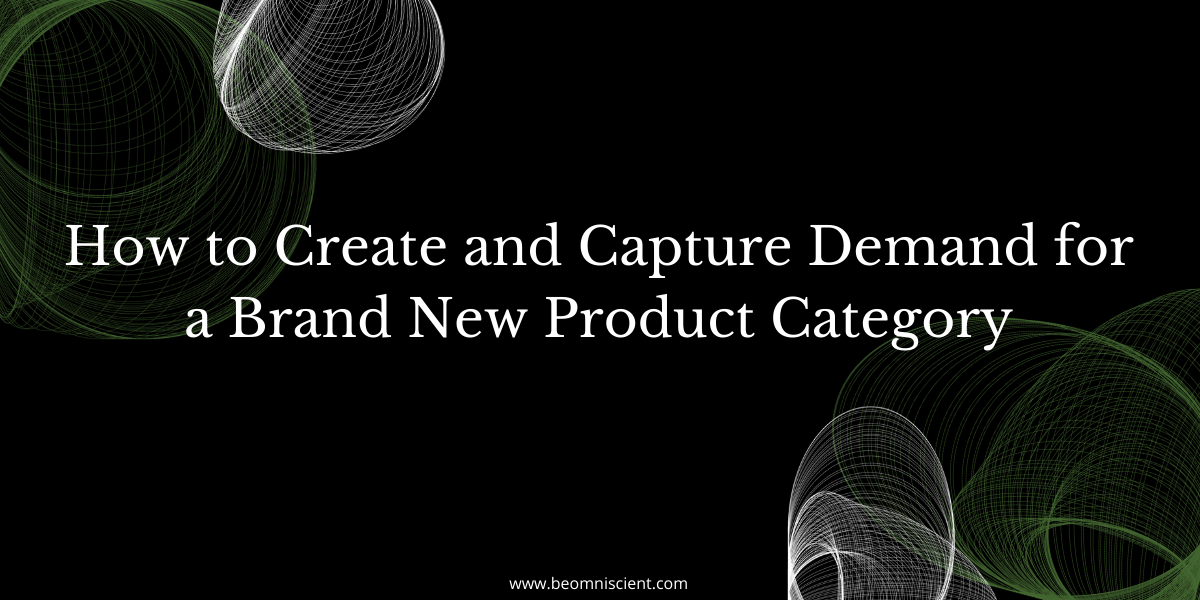 When marketing a product, you’re usually trying to capture an existing audience. That audience has a known problem, and is actively shopping for similar solutions.

In this case, your job is relatively simple: prove that your product has what they need.

But when you’re creating a brand new category without an established market, you’ve got a different path ahead of you.

Chris Schreiber, Head of Marketing at Qwilr, has a history of working on such products – think the invention of Google Docs and his current work marketing Qwilr’s interactive proposals.

Chris sat down with me on the podcast to share effective tactics for creating demand and awareness in a new space.

When you’re in the position of needing to create demand for a new product, the first step is to figure out how much awareness your audience already has.

“April Dunford does like a good breakdown of this where she really talks about are you creating a new niche in an existing market?” Chris said.

If it’s a new category, you actually have to raise awareness of the problem itself, first.

With a new category, people don’t know they have this problem that you’ve solved with your product.

Whether it’s a new niche or category, your steps will look like this:

“It depends, where are you at?” Chris said. “Are you solving a known problem, or are you educating people about this problem? Either way, you’ve got to show proof that it works.”

The pros and cons of pursuing a new niche vs. category

There are pluses and minuses to pursuing either a new niche or a new category.

The plus side of trying to create a new niche and solving a problem that people know they have is there’s a market that exists, and it’s a little easier to find people.

The downside is that because it’s an established market, there is more competition. It could be difficult to stand out in the related searches people are conducting.

If you’re creating a new category, the pros and cons flip.

“If you’re trying to create a category and sort of raise awareness, most likely people aren’t really searching on it today and you have to create that conversation,” Chris said.

“But the upside of that is that if you’re successful, you’re there to take it all. You will be the number one search result and you will be the originator of the conversation.”

Raise awareness of the problem

When you’re creating a new category, you’re challenged with raising awareness of a problem that people may not know they have.

Chris faced this when working for Google and creating demand for Google Docs.

At Google, Chris had to first educate people on the shortcomings of other products like Microsoft Word. At the time, people just accepted its limitations.

“There wasn’t an expectation that the document process could be online,” Chris said.

“We had to do a lot of work to understand, how do you really preach the value of this? Introduce the problem to then help the market understand you’re the solution?”

The answer was to look for customer success stories.

The first real adopters of Google Docs were people planning their weddings.

The fact that brides and grooms could collaborate with family and vendors across locations and time zones was getting rave reviews.

That clarified the messaging that Google needed to incorporate into their marketing.

“Let’s think about what the alternative would be,” Chris said. “You’ve got either a Microsoft doc with comments added that you have to download every time and people aren’t gonna do that. You have a million threads on the email.”

Google Docs took those headaches away and people eagerly spread the word.

“I think it becomes kind of viral,” Chris said. “Someone does it, they’re successful at it and they tell their next friend when they’re doing their wedding to do it.”

When you’re creating a new category, real stories of how your product solved a problem are the best tool in your marketing toolbox.

Once you know what message you want to convey, it’s time to start crafting it and distributing it.

The presentation of the information matters and it will take experimentation to find out what most resonates with your specific audience.

All of your messages should trace back to the insights you received from successful customers.

“Then it’s putting them out on a lot of channels and making it quick to digest what the win was that this person or this segment had so that people can see themselves within it,” Chris said.

There must be truth in the product

Success in creating demand for a product all comes down to how well the product works for your customers.

If the product doesn’t truly solve the problem, then marketing can only do so much.

“The marketing will at best create a bunch of opportunities for conversations and maybe even get customers,” Chris said. “But you’re not really building something.”

That’s more true today than it ever was before. Even 10 years ago, a good story could convince people to use a new type of tech product.

“Now, so often the workplace is quite tech-savvy and tech-oriented in their workflow. I think there’s a higher bar to break in and people are just going to figure out for themselves if this product is worth their while,” Chris said.

Empower your audience with new language

When you’re creating a new category, it’s important to give it a label that helps people understand what it is.

Give people simple concepts and phrases that they can take with them.

It used to be easier to do, but Chris said it’s still possible.

“Bringing clarity and bringing language to a thing that you generally were feeling, but didn’t have a clear sense of what it was, that’s still important,” Chris said. “I think there’s still lots of opportunities for that because the world is changing.”

There are new patterns and solutions that need to be named and doing so benefits both your company and the people using your product.

“People are influenced by each other,” he said.

“If the concept is just right and clearer than what you had before, then someone will take it and they will be the messenger.”

A clear concept that works for your customer empowers them and helps them to reach their goals.

Creating a new category and demand for your product takes time and persistence. But when you have a great product, raising awareness and spreading the word can be exciting.

Take each step and celebrate your customers’ success.