Kitchen Side: How To Build an Audience with Content Marketing

By Karissa BarceloApril 13, 2022No Comments 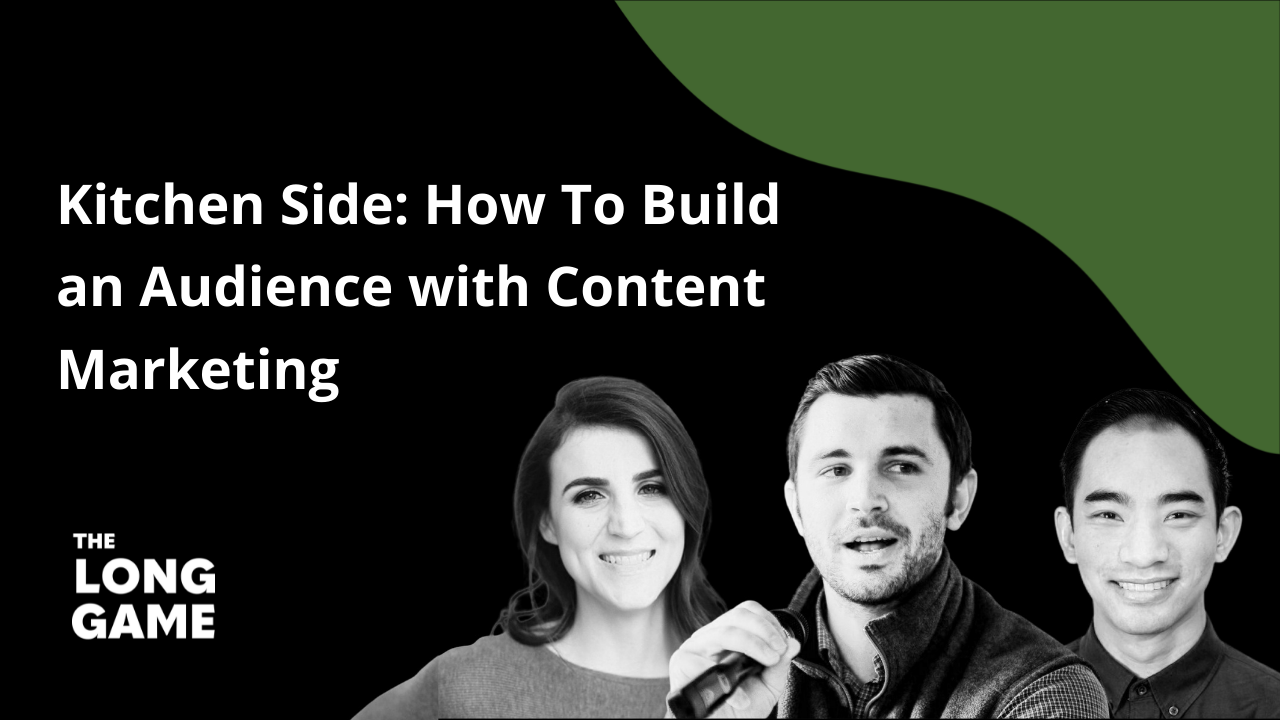 This episode is part of our Kitchen Side series, where we pull back the curtain and share the behind the scenes conversations we have at our agency.

We included Tommy Walker in this discussion to help us outline the difference between an audience, a community, and a customer. Tommy runs his own content marketing consultancy, The Content Studio.

Together, we discuss ways to define your audience, nurture relationships, and leverage community in order to build your audience.

14:27 – Know the difference between a buyer and a customer

You can split your return traffic into two segments, the one-off buyer and the repeat customer.

“Return traffic is the most important thing. If you never get that return traffic, you’re never getting to that consideration point. I’ve said that a ton. An audience, in my mind, it’s the difference between if we’re talking about using content as a currency — this is the way I like to frame it in my mind — it’s the difference between a buyer and a customer. A buyer buys from you once and they may never buy from you again. A customer, in my mind, is somebody who buys from you repeatedly. Then, a super customer is somebody who’s not only buying from you repeatedly but then taking it a step further and sharing your stuff on social and singing your praises.”

18:42 – Distinguish the levels of your audience

It’s important to recognize that not every audience member engages with your content with the same intention.

“We, as a community, pay lip service to the phrase, ‘audience.’ I don’t think this conversation is being had enough. As far as, what is an audience member and what are the different levels of audience? That’s going to be highly dependent on the brand and personalized. I never bought HubSpot, but I like the content and I’ll open up all of them. I don’t even use HubSpot as my lead generation, the management of the lead stuff. But I like the content. It’s that distinction. I think we need to have that level of distinction.”

Build your initial audience by reaching out to a small group of people in your niche who could give targeted feedback and help amplify your message.

“I wanted to have these types of conversations with people who you wouldn’t normally have access to but then the other part of that is having a unique premise. We do these live edits. We’ll take an audience member’s article and we edit it live on the stream. And because the premise is unique, it’s one of those things where it’s very easy to sell to the audience that I know I want to go after, which is mid-career content marketers who don’t have another place to really get new information, because this stuff isn’t really super accessible. Going about developing that audience, the initial part is just me going to the handful of people that I know who were like, ‘Hey, what do you think of this? Is this a cool idea?’ Initially when I was starting up The Content Studio, I did a lot of conversations with marketers on LinkedIn. I prospected and found that core group of people from Grammarly and Yelp and LinkedIn. Just sent out a bunch of spams, really. But was like, ‘Hey, I like what you’re doing. Here’s what I’m up to. Here is my background. Just want to set up a 10-minute coffee conversation with you,’ to learn what those topics were, the things that people are talking about or don’t have access to or whatever. Then create a premise based on that and then have that core group of people that I’ve seeded it to, and then build in the mechanisms afterwards where people are willing to share. Then, because we have that core group, it’s you, it starts to blossom out.”

The bulk of audience development comes down to connecting one-on-one with others who want to engage with you and your work.

“It’s just setting up these conversations and learning and having those dialogues with people. The people who are willing to do it and have those conversations, cool. We put them in a bucket and then we start separating all that out. As we get newer people coming in, those interactions that we’re having, we start to find from there the different levels of engagement with the content itself, afterwards. Ideally, we’re trying to nurture those relationships with those people who are right in the middle to then bring them to that place where they want to go up to the top. I have a handful of people who are in my Slack right now. I’m a one-man company. But I have some people who are in my Slack who have bought products from me now, and we’re having a dialogue on a regular basis. They’re asking me questions to ask the next guest. It’s this interactive experience now.”

To make the most of your resources, you can survey your potential audience before even creating content to learn whether or not it would provide value to your audience members and their networks.

“When I was at QuickBooks, there was a team that focused on doing eBooks and research reports and studies and things like that. I think this kind of gets to the crux of the stuff I’m trying to talk about when it comes to the audience development side anyways and certainly with the distribution side. They’d use a tool called Pitchbox and they’d send out email to a bunch of different journalists within the sort of realm that they were trying to participate in with the audience that they were going after. They would say, ‘Are you interested in this premise of a study?’ What they would do is if they got a certain threshold of yeses, then they would go into production on the piece of content. If it didn’t seem interesting to anybody who would distribute it, then they wouldn’t do it.”

After you share a piece of content, there’s always an opportunity to consider incorporating audience feedback into what you create next.

“Getting into the audience development side, how are you constantly refining your messaging and like tweaking it to be a little bit better and a little bit better? Consumer TV, I think, is an excellent example of this where they do it well, and they don’t do it well. The first season of the show can always be really great and then the second season might not be as good because they’re taking it a little too far. There’s that whole part of the conversation too. Or, they’re listening, not losing their creative integrity and finding that balance between what people want and what they want to do.”

Streaming platforms offer an example of how to prioritize high-performing content based on the audience data you collect.

“What I think is interesting about all of these different companies that are coming out with this — and this maps, at least in my mind at maps — is that they’re all taking their approach to the content they’re creating with different lenses on the data that they’re getting from people. They’re zeroing in on those audiences a lot more based on what they know, how they’re interpreting that data. I’ve been really into the show Bel Air. Have you guys seen Bel Air? It’s the modern take on The Fresh Prince. Amazing show. It’s really good. It’s surprising. Yeah. No, it’s surprisingly good. They’re taking the exact same premise of the old show, but then saying, ‘Hey, here’s what it’s going to look like in a realistic world.’ But they’re doing that based on what NBC has for all of their historical data on what’s worked really well for their procedural dramas and everything else. So it’s like, how can we start to incorporate that stuff? And they’re finding very different audiences. You might now be a Netflix person or a Prime person, because at the end of the day, the content that they have is still content marketing because you’re buying access to their content.”

Audience members who trust a brand and want to engage further will find ways to build a community with one another and propel your brand further.

“What I think with CXL, they did a great job and why that community ended up working was that the community happened a lot in the comments section. I think what happened with the content that was being produced was that, at least when I was there and kind of running the show on that side, it was always with the intention of baiting people into conversation. Like, let’s talk about these unique things. Go into trust. People trusted the publication because Peep really set everything up. We made sure that the quality and the repetition we’re always publishing on a consistent basis, and the uniqueness was how we framed the research that was out there.”

58:35 – Leverage community to build your audience

Engage with pre-existing communities to deliver value and build out an audience from there.

Listen to more episodes of The Long Game here. 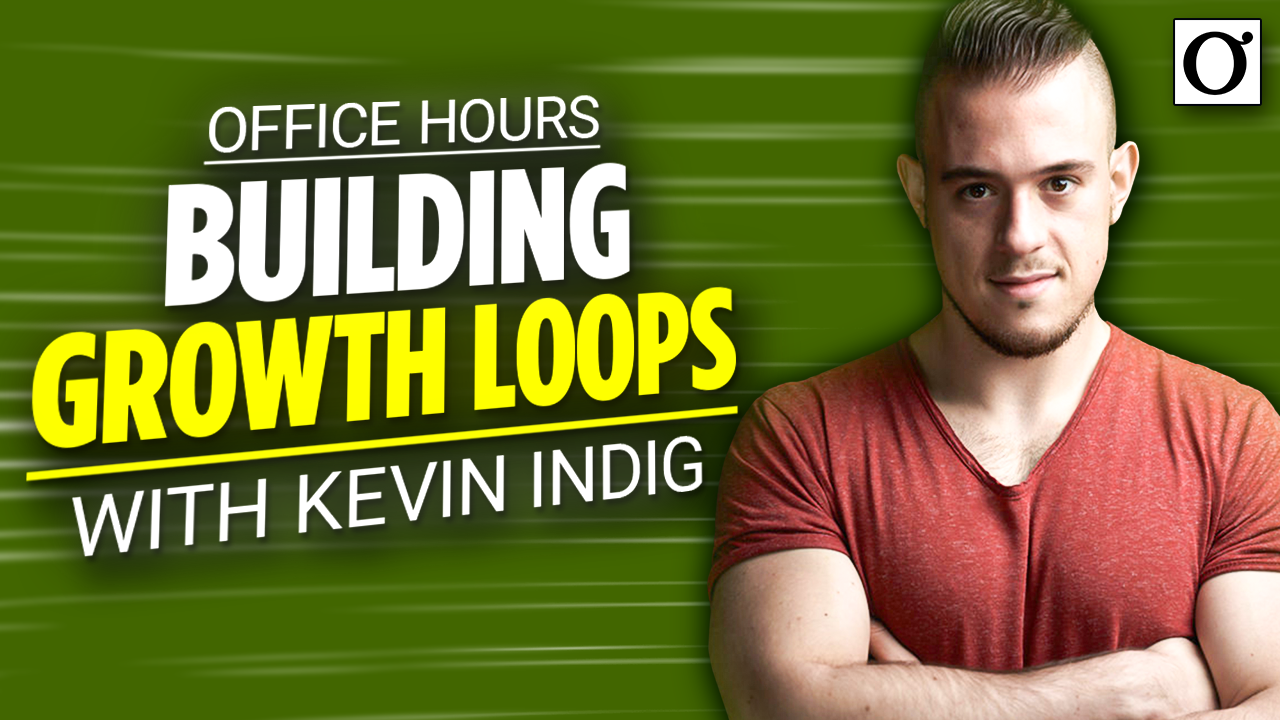